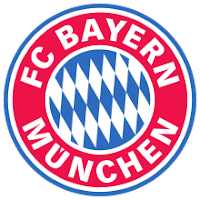 Munich’s Toni Kroos and Thomas Müller scored goals in the first half o the match in 7th and 21st minute to give the 2-0 lead in half time. In the second half, Arsenal’s Lukas Podolski scored goal in 55th minute and later on Munich’s Mario Mandzukic scored goal in 77th minute to finally end the game in 3-1 score.

With this loss, it is very doubtful that Arsenal will enter the quarter finals of the league and hence their hope of winning the trophy looks a distant dream.