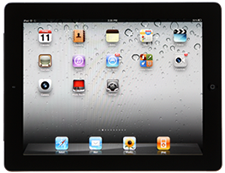 FBR Capital Markets analyst, Craig Berger, said today in the ibtimes that Apple will be launching a new version of the iPad 2 named as ‘iPad 2 Plus’ this year. This could be a slightly upgraded version of the original iPad 2. This rumor started with a note FBR Capital analyst Craig Berger wrote to Forbes’ writer Eric Savitz. In this note Berger explains that such a move would fit in with production goals and part availabilities:

“We hear Apple could migrate the iPad’s display resolution from a current pixel density of 132 ppi to 250-300 ppi for the ‘iPad 2 Plus’ (note that the iPhone 4′s screen is 326 ppi),” he writes. “If this device does come out as a high-end iPad for the holidays, then Q4 production volumes could diminish somewhat as screen constraints again arise as LG and/or Samsung would likely have difficulties ramping screen yield rates for these high resolution displays right out of the gate. While we find this new commentary interesting, we await more confirming data points from other supply chain contacts before fully believing a new iPad device is coming in 2011.”

It’s wonderful to know that how Apple is making progress in its shiny beautiful products and giving people more and more reasons to buy their products. It is not yet confirmed that iPad 2 Plus will be arriving as analyst are waiting for further proof before calling this a done deal.
[Via]