With the iPhone 5 out on the shelves, people are eagerly awaiting the launch of the pre-announced iPad mini which was scheduled to take place in October.

The well positioned source, Fortune, claims Apple will announce the 7.85-inch iPad mini on October 17th. The press will get invitations to the event one week prior on October 10th. The release date is scheduled on November 2, just in time for the holiday season.

The iPad mini will sell like hot cakes, just like its 9.7-inch brethren, and bring some serious competition to the Google Nexus 7 and Kindle Fire versions.

It’s also expected to be extremely thin at 7.3mm and lightweight as well. The compact iPad is also said to feature the new Lightning connector and stereo speakers. 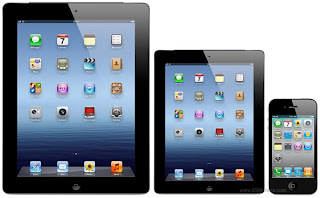