Well-known hacking group ‘Anonymous’ has been kicked off Google+ for violating Google’s community standards. And in response to this action, Anonymous has decided to build it’s own social network named as AnonPlus. 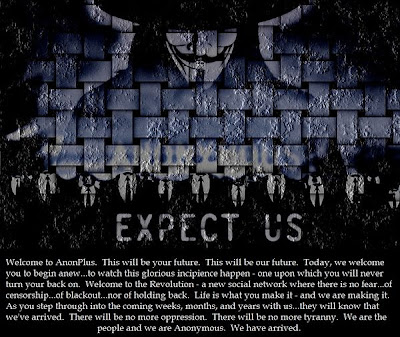 Didn’t take long to get banned from Google+ our Gmail is also gone….

There is also a screenshot of the Anonymous’ Google+ profile that reads:

After reviewing your profile, we determined that some of the posted content (eg. Text, images) violates out Community Standards.

There is no announcement made yet that when AnonPlus will be available. Let’s see what Anonymous group is up to.
[Source]