Google’s Android smartphones are top of the heap for popularity and data usage, according to a new report from Nielsen. In April, 37% of mobile consumers owned a smartphone, according to the study. Of those, 36% have an Android device, while 26% have an Apple iPhone and 23% have a RIM BlackBerry. 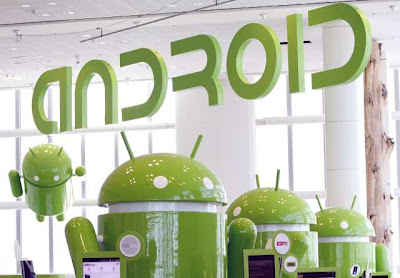 Android users gobbled up 582 megabytes of data in the first quarter of the year, compared with 492 megabytes used by iPhone owners, according to Nielsen’s analysis of nearly 65,000 cellphone bills in the U.S.
However, while 79% of iPhone users downloaded apps in the last 30 days, just 74% of Android owners did the same. And 46% of iPhone owners streamed online music or mobile radio, compared with 43% of Android owners. Video or mobile television watchers included 37% of iPhone users and 35% of Android users.
[via]