Now, this is some good news for all the people of Australia and New Zealand.

Eagerly awaiting the Nexus 7 to come to your city and continuously disappointed as you see the device releasing in other countries???

Ok, all the awaiting stops here.

Stores that will have stocks of the tablet include Harvey Norman, JB HiFi, Dick Smith Electronics, The Good Guys, Bing Lee, and Radio Rentals. You should be able to find the Nexus 7 3G soon in Office Works, EB Games, BSR, and various Asus channel resellers as well.

Meanwhile, the 3G variant of the Nexus 7 is still unavailable for purchase from the Google Play Store, but we got news that it’ll be updated soon.

Excited, ain’t you?? Let us see does this tablet give stiff competition to the Apple iPad Mini or not.. 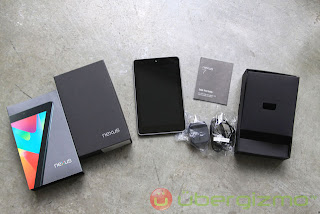